I actually won’t be doing that this post. I’ll be postponing the overall assessment of The Square Way until the next few posts. Instead, what I want to do in this post is simply present a few unit-testability guides. These cheatsheets summarize much of what’s been covered in the past few posts and provide you with simplified steps to follow if you are interested in enhancing your application’s unit-testability via The Square Way. 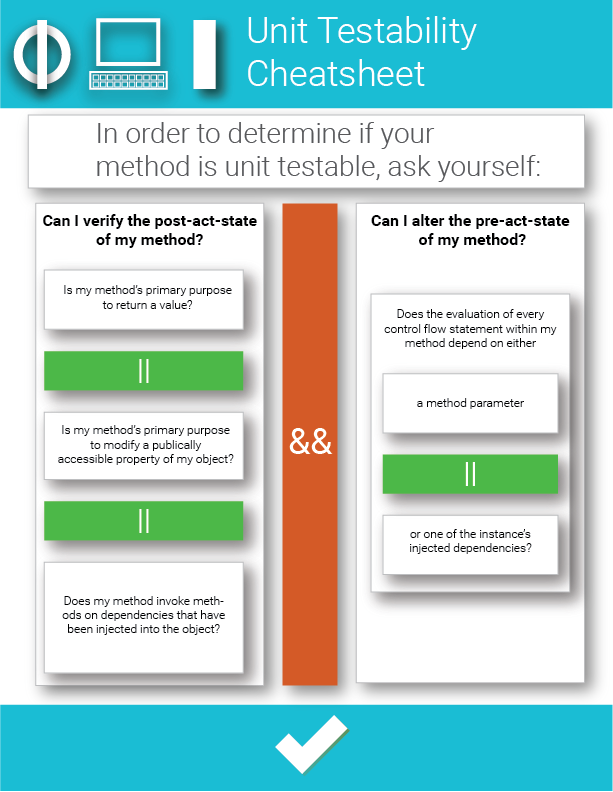 The second guide gives you the steps to follow if you’re interested in following The Square Way of structuring your applications to enhance its unit testability. This guide summarizes How to Make Our Android Appps Unit Testable part 1 and part 2. Disclaimer: Just because I’ve tried to present the The Square Way in a pretty infographic, doesn’t mean that I think that its the best way increase an app’s unit testability. There’s still a lot to say about the disadvantages of The Square Way. Again, I’ll talk about those disadvantages in my next post. 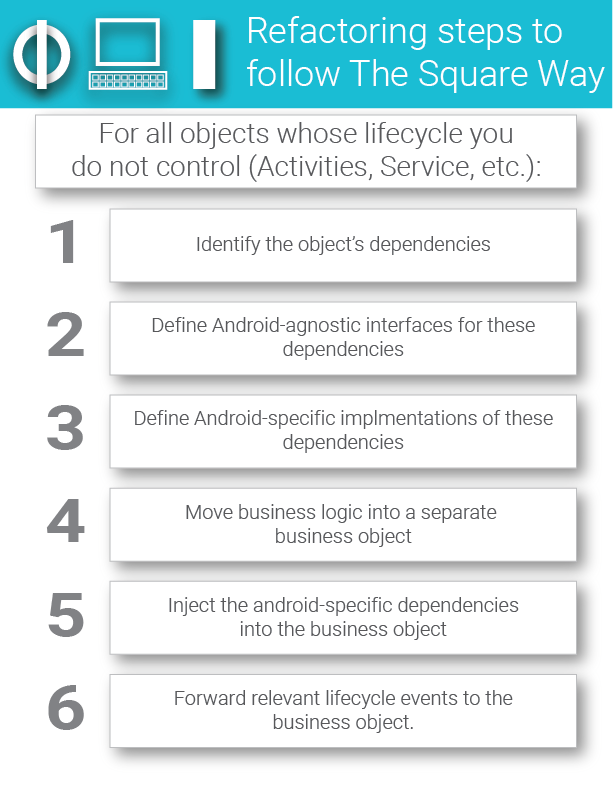 How to Make Our Android Apps Unit Testable (Pt. 2)